This article was illustrated by Livien Yin and edited by Andrew Maier. Photo courtesy Molly McLeod.

Throughout my career I’ve increasingly focused on fostering social connections through and around technology. I grew up a teenage hacker in Boston in the 1990s. I earned a degree in computer science. I veered from a purely technical path, however, when I became interested in how digital technologies could foster community.

Later I moved to California and served as assistant director in the Annenberg Program on Online Communities (the first professional Master’s program devoted to the topic). During my Ph.D, my work shifted to researching mobile communication and open government data as a member of the Annenberg Innovation Lab and Open Data LA.

Civic hacking was a natural extension of my interests. I became involved in participating in my local Code for America brigade and running hackathons. In the process, I began to notice many of the same issues Emily Shaw drew attention to in her blog post “Civic Wants, Civic Needs, Civic Tech”. The legacy model of democratic engagement centers around deliberation and electoral politics. The new model of direct involvement promoted by civic hackers shows promise for social change. However, it often inadvertently presents a barrier to participation. Part of the solution is encouraging technologists to employ a broad array of skills to involve the public.

What could make the positive potentials of digital technologies more broadly accessible and considerate of resident needs? I believe my experience shows a need for Civic Communication Literacies (CCLs). If civic hackers are those who are digitally literate—altering processes of governance around, with and through software, algorithms, and data—then CCLs are digital literacy’s analog inroads, serving as a means to involve citizenry in the processes driving 21st century government. CCLs are skills and perspectives that enable the public to understand the impact of digital processes on their lives, involve organizations, and influence those in positions of power.

In this article, I hope to enumerate what I mean by Civic Communication Literacies. Because they are nascent, my conception will certainly be more exploratory than exhaustive. I hope that readers of Civic Quarterly will suggest ways to extend this list.

Communication is the missing link

Activist Jane Jacobs famously rallied against top-down urban designs predicated on grand visions. Rather than getting caught up in a rather hierarchical approach, she paid attention to what people were actually doing in cities. Hers was a grassroots calculus: small changes in city structure—a house facing towards the street rather than away from it, for example—could result in people better watching out for one another.

Jacobs treated cities as spaces of experimentation, stating that “cities are an immense laboratory of trial and error, failure and success, in city building and city design.” Over the past few years civic hackers have taken the “city as lab” concept to heart. But we could be better at the other part: connecting with residents in ways that improve mutual understanding.

City officials serve the needs of residents. They are constantly questioning if and how they are reaching the public. Civic hackers and policymakers need to show that “civic tech” is not about a cadre of elites solving problems with technology. Rather, it is about improving governmental processes to be more fundamentally democratic. This is not just an identity crisis among civic hackers or an isolated ethical question. It is, in my estimation, the most pressing political question of our time.

I believe that communication is the missing link in the repertoire of civic hackers. A previously agreed upon set of communication skills would allow us to not only better communicate with residents but also encourage us to communicate in more productive ways with one another.

So what might those skills include? To begin with: listening, connecting, translating, and facilitating.

One of the more exciting projects I’ve taken part in is the Leimert Phone Company. The idea originated in 2012 when Ben Caldwell noticed an abandoned payphone outside of his local community space in Leimert Park. Ben wondered how might these payphones be repurposed?

This simple idea sparked a vibrant collaboration between Leimert Park residents and the University of Southern California. Since 2012 we’ve reimagined payphones as places to download local music, give visibility to artwork, and play games spread across the city. It’s not just a conversation about technology. It’s a conversation about how technology might stave off gentrification and amplify the African-American culture of the area.

This is an idea that easily could have been missed. Neighborhoods are rich with assets that resist visibility from the outside. As Jane Jacobs noted, residents know their community better than we do and often have ideas for its improvement. Civic hackers should practice empathic listening and stay around for the conversation.

In 2013 a team of students came to me with a proposal: they wished to facilitate a pitch session for High School students (i.e., a session in which each student would give a five-minute summary an idea to improve their communities) in largely Latino and African-American schools across Los Angeles. They called it “IDEA.LA.” Despite having few resources at my disposal, I was all for it. I arranged for space and refreshments.

IDEA.LA ended up being a phenomenal experience. Parents came to see their kids present and students were given opportunities to formulate and articulate their ideas for local services and businesses. New connections were forged between higher education, community residents, and high school teachers.

Civic designers should work to facilitate experiences that bridge groups that would otherwise lack the means to sufficiently connect with one another.

Civic designers should work to facilitate experiences that bridge groups that would otherwise lack the means to sufficiently connect with one another. Connection should be considered a valuable outcome in and of itself.

Technical requirements are often discussed in different registers than resident needs. Civic hackers can bridge these very different worlds by “code switching:” altering our vocabulary and inflection based on context to better communicate across groups.

Civic hackers should be more than technical experts. Indeed, we run the risk of disenfranchising residents as we translate their needs to the domains of “user stories” and “product requirements.” Civic designers should take care to translate with empathy and persuade others to act in the best interest of residents. Because while government officials may want to serve the public, they often don’t see why they should change their way of doing things. Civic designers should present government officials with new ideas and better models by advocating for more humanistic process change.

At a recent event in Pasadena called Open Data LA, I led a panel in which we discussed ways to improve hackathons. Hackathons are still an important means of involving the public in issues at the intersection of government and technology. Yet participants—often newcomers—are often frustrated with hackathons. They didn’t see an easy mechanism to become involved with a group. If there is a misalignment between group members, it’s difficult to be successful; the roadblocks are more social than they are technical.

A hackathon is an event in which computer programmers and others involved in software development, including graphic designers, interface designers and project managers, collaborate intensively on software projects.

Teachers face similar challenges to hackathon organizers. When I teach, I divide students into groups and act as a facilitator. I find that semi-structured activities such as group brainstorming, producing paper prototypes, and encouraging feedback result in higher levels of participation—especially when compared to self-organized activities.

Los Angeles’ Chief Data Officer Abhi Nemani frames this challenge as designing both “for and with” the community. Many groups are part of the emergent ecosystem around open government: community groups, organizations, and companies. Any call for homogenizing this diversity seems unwise. Instead, we should think about distributed connective action rather than collective action—a coordinated marginal approach to collaborate on shared concerns1. Civic communication literacies provide a means to maximize modes of public engagement.

Direct participation through technology should work alongside essential components of a public sphere of deliberation and advocacy. Listening, connecting, translating and facilitating collaboration with communities can help change processes of governance. Yet, this is a long game that requires constant attention to, pressure on, and conversation with the individuals who wield the levers of power.

Civic communication literacies also open up new roles for civic hackers: as translators and educators to the public on issues of technology and politics. Communication and interaction with the public is complementary with design processes and a range of new professional occupations available to civic hackers. CCLs can work in tandem with existing paradigms such as participatory design. Because CCLs provide a means of reaching a public that is often left out of decision-making process, they bear the promise of making the political goals of civic hackers more fundamentally democratic. 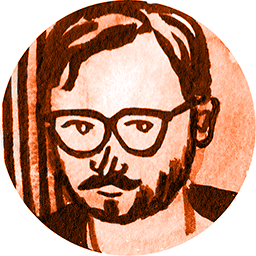 Andrew Schrock is a Ph.D candidate at the University of Southern California where he researches the intersection of mobile media, data and politics. He’s currently connecting open data to resident needs through a project for the City of Los Angeles and serves on the Technology and Innovation Commission for Long Beach. @aschrock