This article was copyedited by Andrew Maier.

As the Executive Director of Smart Chicago, Dan O’Neil spends his days collaborating with forward-thinking civic technologists on projects across the City of Chicago. O’Neil’s the consummate polymath; he does a little of everything.

Part civic duty, part solicited opinion, Smart Chicago’s CUTGroup is comprised of “regular Chicago residents who get paid to test civic apps.” This, in turn, allows developers to get citizen feedback on demand and learn how well their civic technology works when put through its paces.

In the Fall of 2014, O’Neil published a book chronicling the creation and execution of Smart Chicago’s CUTGroup. After giving it a read, I reached out for some clarification. As a formerly private-sector user experience designer turned public-sector advocate, I wondered how Smart Chicago’s approach differed from the design research methods I was more familiar with. What follows is a transcript of our brief conversation as well as details on how you can win a free copy of O’Neil’s book.

The CUTGroup book feels like a great example of “designing in the open,” sharing everything your team’s learned thus far—warts and all. How much of the existing design literature formed the basis of your approach and how much of this grew organically?

The overall concepts of design thinking, code sharing, and iterative development are imbued in the way I’ve approached pretty much everything at Smart Chicago, including the CUTGroup.

When I was first starting out as a worker on the web, I subscribed to an email list for people who were helping create the Web Content Accessibility Guidelines that came out in May 1999. The back-and-forth writing was utterly vitriolic but deeply informative and serious. The exchange of ideas and deeply-felt headbutting really astounded me. I appreciated the idea that anyone could (in my case) grab some popcorn and watch something important happen or, in the case of those who decided to help write the standard, get a mitt and get in the game.

I also subscribed to the Alertbox newsletter from Jakob Nielsen in the late “90s and early 2000s and was entranced with Adaptive Path and their writing around Web 2.0/ AJAX/ etc. Based on all that, I’d say our approach is pretty organic. I’ve never read any books on how to do UX testing or design thinking or anything like that.

In the book you say “we stray from UX test design principles by requiring the developer to participate in the test,” and “At Smart Chicago, we … deliberately situate the work of civic hackers firmly in the broader market for consumer-focused technology." Can you explain a bit more about how these two ideas relate to one another?

UX testing, A/B testing, design thinking, focus groups, and a general customer-driven approach to interfaces and products are hallmarks of the technology industry. Here in Chicago, Groupon grew at an astounding clip, in part by focusing maniacally on the types of deals their customers wanted; Google is famous for making design decisions based on tens of millions of data points and customer choices; and Zappos has made money through a stunningly effective customer service model.

Notwithstanding the current “people first” fashion that seems to be sweeping the language of people in civic tech, there is precious little practice of these approaches in our field. We have far stronger traditions of the lone developer working all weekend, of hack nights full of technical people, and the prideful narrative of scratching one’s own itch.

It’s no accident that our tools have less uptake (and, by extension, less impact) than the rest of the technology industry. We have to change that. Methods like the CUTGroup (and lots of others) can help.

In Dana Chisnell’s white paper on Ballot simplicity and design literacy, Dana describes a process whereby Washington Ballot Designers leveraged empathy and design literacy to affect change, rather than having their vendors opt in. Have you considered this? In other words, have you considered engineering situations that engender new perspectives for developers who may not explicitly opt in?

That’s an interesting model, but we haven’t considered it.

The issue is that we have no leverage over the developers that aren’t vendors. We can’t make them listen to people. Moreover, there’s a social compact we’re making in the CUTGroup: “if it doesn’t work for you, it doesn’t work.” This presupposes that developers will make changes based on feedback. If we don’t have that, we don’t have anything.

Lastly, conducting tests costs time and money. We can only afford to work with a coalition of the willing.

The case studies/examples published in the book are eye opening, to say the least. How much of the CUTGroup work has prompted new questions or avenues for research that were previously unexplored? How do you collect this information and triage your approach?

Our work on the CUTGroup has definitely prompted the need for new avenues. From the start, we had a rough notion/secret mission for getting CUTGroup members involved in other ways to express themselves (e.g., hack nights, meetups, hackathons, new product creation, etc.). We maintain lots of these ourselves at Smart Chicago, and provide support to all sorts of other groups.

Having said that, it’s hard to be The CUTGroup, which to our testers is a way to make money while testing civic apps, and something else at the same time. We are really respectful of our list—we’ve never sent them anything but CUTGroup opportunities.

Over the next year we’re going to be focusing more on developing specific methods for engaging real people around technology and data. We’ll start with a digital skills approach— trying to get more and more people deeper into the process, rather than just as testers after an app is made.

That’s all, folks! Thanks so much to Dan O’Neil for taking the time to chat and shed some light on the exciting things coming out of Smart Chicago. I haven’t witnessed a CUTGroup in action, but I’m anxious to get started.

Finally, dear readers: If you’ve got a question for Dan, don’t hesitate to send a letter to the editor using the form, below. We’ll collect the best ones and publish them in our next quarterly.

The good folks at Smart Chicago have generously offered to send physical copies to three Civic Quarterly readers. All you have to do is answer a question: What are some ways you’ve tried to facilitate community engagement around civic technology?

Send your examples in by February 6th using this handy Google Form. We’ll work with Smart Chicago to select the winners in the next week. 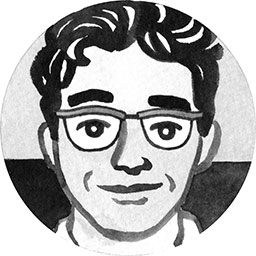 Andrew Maier is a lifelong student of the design community who believes that creation and learning are synonymous. His current interests include law, cities, and autonomy. andrew@civicquarterly.org / @andrewmaier 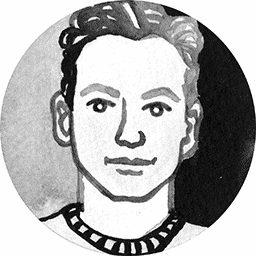 Daniel X. O’Neil is the Executive Director of the Smart Chicago Collaborative, a civic organization devoted to making lives better in Chicago through technology. Prior to this, he was a co-founder of EveryBlock, a neighborhood news and discussion site serving 16 cities. He writes poetry books, takes pictures, and has the inevitable weblog.