New York City isn’t known for its cheap housing—this is a city with a fringe political party called The Rent Is Too Damn High. But the depth of the problem can shock even wizened policy professionals: more than a third of the city’s renter households are categorized as “severely rent burdened,” meaning they spend more than 50% of their gross income on rent alone.

Lack of affordable housing drives intense demand for the city’s small pool of subsidized rental apartments. Each year, hundreds of thousands of residents apply for housing units through “lotteries” run by the City of New York. However, as many as half of applicants end up not being eligible for the apartments they hope to rent. Some applicants earn too much—or too little—to fit within narrow income bands set by the U.S. Department of Housing and Urban Development; others struggle to document their income, attend scheduled screening interviews, or otherwise navigate the application process.

The problems that New Yorkers face around applying for affordable housing are driven by macroeconomic forces and policy decisions— but they’re also the consequence of poor design. As with many social services for low-income people, the sequence of materials and interactions that comprise the affordable housing application process—the “touchpoints,” in service design jargon—were not originally created with ease of use in mind.

I direct the Public Policy Lab, a nonprofit organization that uses human-centered research and design to create better public services for poor and vulnerable Americans. Over the past several years, my colleagues and I have designed and pilot-tested four programs to improve New Yorkers’ housing application experience. In this article, I’ll share our experience and show how cities can do a better job of guiding residents through complex service application processes. Critically, our work shows the value of two things: Connecting digital and analog tools with high-touch human services; and developing new tools and services collaboratively with both service providers and members of the public.

This initiative, officially called Public & Collaborative: Designing Services for Housing, began as a collaboration between the Public Policy Lab and Parsons DESIS Lab, a research lab at Parsons The New School for Design. Eduardo Staszowski, Lara Penin, and Ezio Manzini and I were interested in working with a public agency to do human-centered research and collaborative design1. We were agnostic about what particular agency and what specific services we would tackle.

After speaking with a number of potential partners, the NYC Department of Housing Preservation and Development (HPD) offered us the opportunity to look across their service areas—from Section 8 rental vouchers to housing-code enforcement to the leasing process for subsidized units—and make proposals around potential design goals.

In order to both inform our potential design goals and learn more about the people for whom we were designing, our team interviewed residents, agency staff, and community-based service providers. We also conducted observational visits to HPD neighborhood offices and housing application sites.

Parsons faculty and students participated in site visits and discovery ideation; HPD staff and our Public Policy Lab design fellows provided critical feedback to the student teams2. PPL fellows also conducted desk research and carried out structured and unstructured interviews with policymakers and service providers. The fellows engaged in participatory design by leading a discovery workshop with policymakers, working together to synthesize findings and ideas for design.

Drawing on ideas generated by the Parsons’ classes as well as their own research and synthesis, the Public Policy Lab fellows presented 17 potential design projects (clustered in five topic areas) to the agency for consideration. We asked HPD to assess which projects might generate the most innovative, useful, and feasible solutions—and, importantly, whether the agency had the resources and desire to develop the ideas through collaborative design.

After some consideration, HPD, Parsons, and the Public Policy Lab agreed that a focus on the housing lottery and leasing process seemed most likely to generate artifacts and services that both the agency and the public would find valuable.

Moving into the design phase, our team of designers, researchers, and public servants had three design objectives: We wanted to encourage access to and information exchange among multiple housing stakeholders (e.g., applicants, housing developers, community-based organizations that assist low-income residents, policymakers); we wanted to account for applicants’ “lived realities,” (i.e., the aspects of day-to-day experience that affect who applies for housing); and we wanted to enable more informed decision-making throughout the application process3.

In the short term, we believed that meeting these design objectives would lead to stronger support for community groups providing one-on-one assistance to applicants. In the long term, we believed meeting these objectives would increase awareness of affordable housing units and programs, as well as to improve applicants’ understanding of the application processes and their own rights and responsibilities. Ultimately, we hoped to encourage more eligible applicants to apply for and accept affordable housing units.

The first program revolved around a suite of new human-centered informational materials designed by the team to provide guidance at multiple touchpoints along a typical housing-application service journey. The materials functioned both as standalone resources that could be accessed directly by a member of the public and also as prompts for service providers who assisted housing applicants.

Three other programs used the new informational materials as the basis for a community-based strategy to increase knowledge transfer about the application process among stakeholders. Each program was developed for implementation by a specific group of housing service providers, often as new components of an existing program or activity. These programs included a hyper-local marketing program, a housing ambassador program, and a street team program:

Piloting and evaluation activities took place over a 12-month period (ending in July 2014), during which HPD staff piloted each of the four new programs. The evaluation team, led by PPL fellows Liana Dragoman and Kaja Kühl, looked both at the processes by which each of four pilot programs were implemented as well as the outcomes and impacts of those programs.

Evaluation of the design objectives and outcomes were based on results from a range of quantitative and qualitative assessments, including: download tracking, surveys, usability tests, shadowing, observation, assessment interviews, and status calls. Briefly:

Although the ultimate impact cannot yet be evaluated given the relatively short timeframe since the pilots’ launch, we can share some preliminary findings. The evaluation team found that the pilots clearly met the proposals’ stated design objectives as well as their intended short-term outcomes. While long-term outcomes and impacts, described below, also pointed toward success, findings in those areas are necessarily preliminary.

Piloting revealed that the informational materials and the housing ambassadors programs are effective and suitable for scaling. HPD is currently translating all of the informational materials into Spanish, Mandarin, Haitian Creole, Arabic, and Korean, to facilitate broader distribution across the city. The housing ambassador program will be expanded, with the pilot ambassador organizations themselves very enthusiastically participating in discussions of how to recruit and train other similar groups to take part. That program, in particular, met the project aspiration of creating more peer-to-peer connections for information exchange.

Implementation of the street team and hyper-local marketing proposals was successfully achieved, but the pilots also suggest a need for additional resources or different approaches before the programs are scaled up. As street team participants discovered, members of the public were overwhelmingly positive in their reception—so much so that the team was under continual demand for the entire day-long deployment! Staff felt they needed additional resources before scaling up the program. The hyper-local marketing program was similarly appreciated, but required such a significant investment of time (on the part of marketing agents) that it didn’t feel sustainable as designed; rather, our team believes a more “ambassadorial” approach would be more effective (i.e., an approach where we would recruit and train community business operators and service providers).

Detailed descriptions of all the assessment activities and findings are, again, available in our publication on the pilot and evaluation process.

Interested in carrying out similar user-centered work in your city? Here are some things to consider before launching a user-centered design project of your own:

Finally, please get in touch! As a nonprofit, public-interest organization, the Public Policy Lab exists to provide support and resources to agencies and public servants who are attempting to improve the delivery of social services. We’re happy to share whatever knowledge we have that’s relevant. 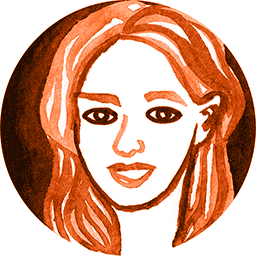 Chelsea Mauldin is a social scientist and strategic designer. She directs the Public Policy Lab, a New York City nonprofit dedicated to improving the design and delivery of public services. info@publicpolicylab.org / @chelseamauldin