This article was illustrated by Ryan Raphael, laid out by Travis Gertz, copyedited by Chappell Ellison, and edited and produced by Andrew Maier.

Late one autumn in 2013, San Francisco resident Gary Rabkin sat at his computer browsing through his city’s legal code online. Gary, an attorney with a love for bikes, visited SanFranciscoCode.org, a site providing free and easy access to the laws that shape his city. There, Gary happened upon a law prohibiting residents from storing bicycles in their garages. He left a comment questioning its utility, a comment which made it all the way to Gary’s representative, Supervisor Mark Farrell. On July 15, 2014, the Board of Supervisors passed an amendment solving Gary’s problem.

In the age of 3D printers, virtual museum tours, and civilian-controlled drones, Gary’s story might seem insignificant. But when it comes to how citizens interact with the law, the source code of their democracy, his story serves as an exciting leap forward.

SanFranciscoCode.org is a website created by The OpenGov Foundation, a 501(c)(3) non-profit. Our mission is to open up laws, legislation, and lawmaking processes so that as many people as possible can see, understand, and shape the policies that affect their lives. In many cities across the nation, laws and legislation are locked in printed volumes or downloadable PDFs, behind paywalls, copyright restrictions, and user agreements. We realize that lawmaking is messy, complicated business, but we believe that everyone deserves the ability to access their country’s laws (and lawmaking processes). In essence, we fight for legal access.

We’ve discovered that numerous governments share similar challenges and uncertainties with regard to opening up their lawmaking processes. That’s why we’re committed to growing the free law movement, guided by those interested in opening up their laws and legislation online so that we can share resources and expertise. In this article we’ll break down everything we mean when we say “open” laws and legislative data: what it is, why it’s important, how it happens, and how anyone interested can join our ranks.

The San Francisco bicycle law is just one small example of what’s possible when we open up legal code on the Internet. Imagine a world where citizens can easily go online, identify policies that aren’t working, and flag them for legislators; a world where policymakers can quickly compare laws between locations by topic; a world where citizens can easily find the laws they’re required to follow, and share that information with others. That’s the world we’re fighting for.

The blueprint of democracy

The legal code of every political community—from the smallest town to the United States itself—is formed as a blueprint, outlining all the ways in which government functions. Legal code dictates how employers should treat their employees and where people should park their cars. If someone wants to open a business, fight a negligent landlord, demand bike lanes, or make it easier for residents to build community gardens, they need to know what the law says. But it’s often surprisingly difficult to access this information.

Codification is the process of integrating new laws into an existing body of legal code; it’s complicated business and requires expertise. As a consequence, municipalities often outsource codification to vendors such as the Municipal Code Corporation or LexisNexis. After crafting the law, most codifiers—with the notable exception of American Legal Publishing Corporation—copyright the structure they give to it (i.e., the titles and numbers they give to each section and subsection of the code). But copyrighting the law’s structure also makes it difficult for everyone else to reuse it1.

The OpenGov Foundation believes that everyone should have access to the laws by which they must abide as well as a say in their community’s lawmaking process2. That’s why we’ve made it our mission to help municipalities and states open up their legal code (as well as their legislative data), making it publicly available in a way that’s cost and restriction-free, up-to-date, well-formatted, machine-readable3, and available for bulk download4. The next section sheds some light on how we did this for the City of San Francisco while creating SanFranciscoCode.org.

In theory, opening the law involves little more than posting a municipality’s legal code (which should be in the public domain) online. In practice, it’s a bit more complicated than that. That’s partly because everyone involved—citizens, government employees, codifiers, and developers—has a different relationship with legal data. It’s also because securing access to a municipality’s legal code can be a non-trivial endeavor.

The State Decoded user interface presents sections of the law on individual pages so the complicated information is easier for humans to digest, link to, and share.

But utilizing the State Decoded is only half the battle. Oftentimes one of the hardest parts we encounter in helping municipalities open up their legal code is securing access to their legal data. We’ve found that the best way to do this is to directly partner with the people who produce a municipality’s legal code (or those who have the right to distribute it). And the best way to do that? Sleuthing, of course!

The steps we take often look something like this:

It should be pretty clear by now that we can receive legal code in widely varying formats. This ultimately leaves us having to wrangle data into a format that can be used by the State Decoded software. More information about this process is available on the State Decoded GitHub page, but in San Francisco we hosted an event called a data-a-thon. We started by creating a repository on GitHub and uploading a plaintext version of San Francisco’s legal code. Then we asked participants to parse the code into separate files, one for each section. This was presented as a homework assignment to be completed before we collaboratively built http://sanfranciscocode.org.

After choosing to set up an instance of the State Decoded, the next questions a municipality should address are ones of sustainability and governance: how will a municipality keep the digital version of its legal code up to date? And how will they respond to comments that concerned citizens like Gary Rabkin will inevitably make?

You can probably see where this is going. Setting up The State Decoded is more than setting up a website; it’s the start of a conversation. For that reason, the OpenGov Foundation only creates the State Decoded sites in close collaboration with governments who choose to work with us.

Some governments release municipal code updates every month; some only once or twice a year. As the State Decoded sites are most helpful when the data is up to date, the OpenGov Foundation has formed a partnership with American Legal Publishing Corporation (one of the codifiers mentioned above) that makes it easier to access that updated data5. Because San Francisco outsources its codification to American Legal, our relationship with this organization plays a crucial role in our ability to keep SanFranciscoCode.org up to date. Generally speaking, each municipality will need to uniquely determine how to update the digital copy of their legal code.

The open law movement is relatively nascent. As such, we’re building a national coalition called the Free Law Founders (FLF) that brings together government workers, elected officials, policy experts, and civic technologists working to modernize the lawmaking process in governments across the US. The FLF exists to share resources and expertise around our goal. Our first major initiative is to have FLF-member locations pass policies requiring the timely release of open legal code and legislation online.

We help our FLF partners by researching the current policy and best next steps for their location. We discuss these policies with other FLF members so that everyone can learn from the process or offer their expertise.

Reach out to your lawmakers and civic tech communities, educate them, and bring them into the fight—and it is a fight.

Once the laws are passed, it’s up to that government as to how they want to implement the requirements. We recommend hiring a developer and putting up an open instance of the State Decoded, as detailed above. But we’re happy to provide technical guidance along the way.

A big part of our work involves getting our hands on data sets and getting sign-offs from the right people. We spend a lot of time researching, educating, communicating, negotiating, and making connections—and we can always use help. We formed the FLF to support the efforts of anyone interested in taking up the fight. Join us today to tap into our support network and start opening up the laws and legislation of your government.

If you have technical skills, set up an instance of the State Decoded for your locality. While many governments have the will to make the law more accessible, they often lack the way. Once the legal code is open, we encourage innovation such as building new interfaces and visualization tools on top of the law, or looking for interesting trends in the data.

If you have skills in community organization, advocacy, or research, determine the state of affairs of your government. Reach out to your lawmakers and civic tech communities, educate them, and bring them into the fight—and it is a fight. The future we envision isn’t going to come without hard work and ingenuity. The OpenGov Foundation is working to provide legal advocates around the world with the best tools and advice we have available. I invite you to join us. 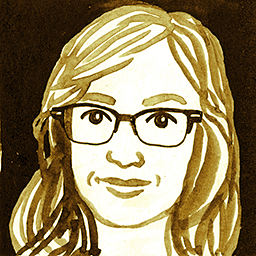 Leili Slutz is the Operations Architect at The OpenGov Foundation, where she works with community members, government workers, and civic innovators to upgrade America’s lawmaking processes for the 21st Century. leili@opengovfoundation.org / @LeiliSlutz