This article was edited by Andrew Maier.

Like many stories of election design, this one begins in the year 2000, when Palm Beach County election officials, acting with the best of intentions—but without designer or citizen feedback—produced a ballot that enabled voters to choose an unintended candidate for President of the United States, contributing to an intensely contested presidential race. The government responded by passing the Help America Vote Act of 2002 (HAVA 2002) and establishing the U.S. Election Assistance Commission (EAC), a nationwide resource for information concerning the administration of elections.

Citizens responded as well. Designer and professor Marcia Lausen, for instance, approached Chicago election directors with recommendations regarding the design of Cook County’s ballot1. When Marcia’s improvements (within constraints) were adopted, it caught the attention of Oregon election director John Lindback. Though his state did not share punchcard-based equipment2 with Palm Beach and Cook Counties, John still faced a high-stakes challenge of his own: determining voter intent in a state that votes almost exclusively by mail3. He decided to use HAVA 2002 funds to engage Marcia and her students in the creation of clear, usable voting materials.

A nationally recognized leader in election innovation, John also had a strong relationship with Richard Grefé, the executive director of AIGA. The two previously worked together in creating national ballot design guidelines for the EAC. When John expressed interest in further codifying his collaboration with Marcia and her students, both Richard and Oregon Secretary of State Bill Bradbury were on board.

In 2007, John Lindback seated AIGA Design for Democracy’s first Oregon-based Election Design Fellow, Matthew Goodrich. I also joined the team that year to build on AIGA’s partnership with the EAC and support Matthew in his work. In this article I’ll share my experience by detailing the fellowship’s original vision, discussing the ways in which the fellowship evolved as it expanded, and speculating about broader applications for civic design.

Because he valued the fresh perspective that each of Marcia’s students brought to Oregon, John originally sought to employ Fellows for one-year terms. His conception of Election Design Fellows also included:

While John and his staff had deep local-election knowledge, management expertise, and additional HAVA 2002 funds, the team wasn’t fully equipped to hire and support a designer. Richard Grefé’s team at AIGA was.

Richard saw an opportunity for one of AIGA’s over 2,500 members to have a paid, immersive learning experience that would materially impact the world of civic design. He noted: “Designers make difficult choices clear for people, in experiences that are important to them … there is no better example than the rite of expressing one’s choices as a citizen.” Thus, AIGA agreed to recruit and short-list candidates for final selection by John and a local manager. The resulting Fellow would be an AIGA employee under contract to the state of Oregon, working full-time out of Oregon’s Secretary of State offices in Salem. My services included recruiting and mentoring Fellows while maintaining our partnerships with election officials at the state level.

Over the next two years, Matthew Goodrich, together with his successor, Amy Vainieri, demonstrated the success of the Oregon-based fellowship. Other states soon took notice, and Washington was the first to request a Fellow of its own. We gladly partnered with elections director Nick Handy to tweak Oregon’s original contract in order to seat our third Fellow, Jenny Greeve. She began working in Olympia, Washington in 2009.

Our first pair of contemporaneous Fellows… helped to illuminate the differences that location could make with respect to daily activities.

Jenny Greeve and Amy Vainieri were our first pair of contemporaneous Fellows4, and their overlap helped to illuminate the differences that location could make with respect to daily activities. While Amy lamented technological constraints in Oregon—

Though the vendors themselves made a real effort to collaborate with me, the biggest challenges that I ran into were limitations with the ballot printing. We were so restricted by their parameters (e.g., spacing, typefaces, type sizes, etc) that it was frustrating to implement best practices.

In Washington State, counties are given a lot of autonomy. While there are some similarities, all 39 … have their quirks. Not only was getting to a level of consistency a challenge, with many projects I had to ‘sell’ the methodology, work and benefits of Design for Democracy before counties would want to work with me.

Amy and Jenny’s divergent experiences were largely a product of the relative centralization of election administration across locations: in Oregon, more decision-making happens at the state level; in Washington, more authority sits with the counties.

These differences led us to differentiate the fellowships’ requirements. Once Jenny conquered the advocacy void she faced during her first year as a Washington Election Design Fellow, for example, Nick Handy was loathe to let her go5. Washington henceforth adopted a two-year model for its fellowship. Furthermore, Jenny’s experience spoke to the fact that Washington-based Fellows would need to possess a skillset6 emphasizing presentation, relationship building, and change agency (i.e., the ability to discern between opportunities for influence, incremental change and radical change).

On the operations side, expanding the fellowship program to Washington also required some adjustments. AIGA began to charge an administration fee to cover the increased demand on our resources (our services were originally donated). And while Fellows were impressively autonomous, we sought better ways to support them as a group. In addition to making a coalition of experts available for counsel (including veteran ballot designers Michael Konetzka and Drew Davies, ballot usability experts Dana Chisnell and Whitney Quesenbery, and election law expert Lawrence Norden), we created an online Basecamp to facilitate group discussions. This empowered Fellows to find the resources they needed to get work done and document progress along the way.

In many cases, Election Design Fellows saw their work as preparing states for better ballot design down the road. When constraints in both Oregon and Washington—from local laws to existing equipment—forced Fellows’ to redirect their efforts, they concentrated on more malleable materials where short-term design goals were in reach. These citizen-facing materials included voter registration forms, voting information websites, voter handbooks, and polling location signage.

Longer-term impact was seen on ballots and felt in office culture. As Jenny notes, “It’s been almost four years since I left my fellowship, and I still see the work we did reflected in voting materials at the state and county level. When I talk with old co-workers, the desire to create usable, thoughtful materials is still there.” John Lindback recalls how Fellows achieved the ultimate goal of improving the citizen experience: “Our partnership between the Oregon Secretary of State’s Office and Design for Democracy was invaluable. Design Fellows assigned to our office improved a host of elections materials, and the voters benefitted from their great work.”

Building a community of practice

Ballot design is hard. The rewards are long-term, and the constraints are complex. Online communities of practice can help designers partner with each other as well as sage experts in order to improve their craft. While the Basecamp and expert-access provided by AIGA was a nod in this direction, I can imagine a broader solution spanning national election design efforts being even more impactful. An election design community of practice might:

While our Fellows’ experiences diverged somewhat between Oregon and Washington, the Fellows ultimately confronted many of the same challenges and opportunities faced by the election design community at large. From a national perspective, the election design landscape in the Pacific Northwest looks a lot like that in Kansas, Texas and New York. AIGA and the EAC began to articulate this common ground during their 2005-7 effort to provide states with national election design best practices and samples. Watching designers (including our Fellows) apply these guidelines locally generated additional insights.

In sum, we suggest that professional election designers establish:

Given the successes our Fellows shared in establishing these elements, it is worth exploring: is the Election Design Fellowship model replicable? While there are certainly unique aspects to our story—including the post-2000 election design climate, HAVA 2002 funds, John Lindback’s national prominence, and AIGA’s resources—Marcia Lausen’s initial approach bears repeating.

In Rhode Island, for instance, RISD assistant professor Benjamin Shaykin led his students to redesign local ballots and election materials as a course exercise. Rather than keeping their work to themselves, or mailing it in, the students presented their results to local officials and were subsequently enlisted as interns with the Rhode Island Secretary of State, giving them an opportunity to positively impact election materials and officials alike9. In this case, the interns’ work lives on through a dedicated in-house designer10.

Design for Democracy generated fellowships in Oregon and Washington, and RISD generated internships in Rhode Island. Are there other partnership opportunities awaiting development by passionate designers? Molly McLeod describes our community’s boundless energy; and Chelsea Mauldin describes a method by which designers and government officials might get to know one another. We need not wait to be tapped, rather, election designers must continue to pursue partnerships as voting systems, election laws and ballot content continue to evolve.

Thanks to The New York Times’ archive from 1913, we know that creating usable ballots to enfranchise ordinary citizens is not just a modern concern. In the high-stakes arena of elections, citizen-centered design11 is one of the key ways to prevent another Palm Beach 2000.

The intention behind Design for Democracy’s fellowships (i.e., bringing clarity to complex citizen-facing materials) applies to more than just elections. What conditions might enable the successful transfer of the election fellowship model to other civic domains? Andrew Maier, a designer who worked as a Code for America Fellow in 2014, served as my editor on this article and brainstormed with me. We suspect that there are requirements of both the government context and the fellowship program itself that might foster success. We believe,

With these conditions met, the context may be ripe for the start of a beautiful fellowship.

This article is dedicated to John Lindback, whose partnership approach has spurred positive change well beyond his direct influence. 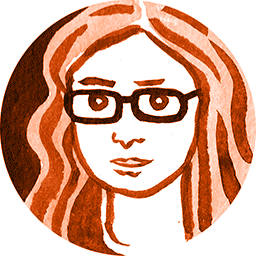