This article was illustrated by Arty Johnstone, laid out by Travis Gertz, and edited and produced by Andrew Maier.

Many signs suggest that civic technologists are increasingly close to achieving this reality. Consider Street Bump, the 2012 smartphone application developed in Boston. As users drive around the city, their smartphone’s accelerometer detects potholes in the road and sends that information to city service departments. The app takes care of a number of tedious steps—locating, tracking, reporting, and collecting data—allowing citizens to effortlessly participate in the maintenance of their city while also paying full attention to the road.

But this analysis only tells part of the story. Beyond considering how technologies can enhance cities and citizens alike, civic technologists must also consider the ways in which technologies act upon civic space. Members of the Digital Media department at Georgia Tech have researched this phenomenon across multiple urban domains—from civic hackathons to grassroots activism, from participatory urban planning to supporting local urban food systems—and across all of these spaces our question remains the same: how might computing change the future of politics?

Instead of imagining computing as a way to build the smart city, computing becomes a way to reconsider our current understanding of cities.

Because they serve a useful lens through which we can better understand both politics and computing, we’ve chosen to anchor our research in what we call object-oriented publics. Allow us to explain. A public is, simply put, any group of people affected by a shared social issues (e.g. education, housing, transportation, and employment). Building upon this, philosopher Bruno Latour’s actor network theory extends the relationship between publics and issues to objects. If we consider both technologies-as-actors and actor network theory within the context of a networked society, we arrive at object-oriented publics: publics not only comprised of people, but also things—specifically, computational artifacts—that shape how people engage with issues.

What follows are three, brief case studies of urban issues drawn from our research from the Participatory Publics Lab and the Public Design Workshop, both initiatives out of the Digital Media department at Georgia Tech. Our program works with various publics in Atlanta to design new modes of public engagement through digital technologies. Throughout our work, we’ve found that computing not only amplifies human activities, but is also itself a participant by offering novel ways for people to engage with a particular social issue. Object-oriented publics provide a means by which we can reimagine political futures, including alternate modes of civic participation.

Cycle Atlanta is a smartphone app offering a more familiar configuration of technology and publics: urban cyclists use the application to provide data about their rides, thus indirectly participating in the creation of policy and the implementation of cycling infrastructure. The emphasis here is on human agency: cyclists function as sensors (i.e., they collect data as they ride) and their trips become a form of advocacy.

If we reframe these relationships through the lens of object-oriented publics, however, we can begin to see how Cycle Atlanta affects the very nature of cycling advocacy. One initial observation is the way the technology raises questions of equity and accessibility: Cycle Atlanta limits the voices that can be heard to those who have access to smartphones. This is non-human agency at work: the app doesn’t overtly prevent cyclists from participating in the conversation, but its role in this space—the mode of civic participation it engenders—potentially marginalizes members who might already be underrepresented in this particular public. While the City of Atlanta continues to solicit participation in the planning process via traditional avenues (e.g., neighborhood meetings and townhalls), the data contributed via Cycle Atlanta can potentially guide the conversation in particular ways through the new visibility it engenders (e.g., through generated maps and other forms of analysis not typically available at a community meeting).

Cycle Atlanta explores the boundary between object-oriented publics and future politics; its very existence introduces a new point of access for citizens—distant and atemporal—that both contributes to and innovates upon civic processes by creating an alternate mode of civic participation. Going forward, civic technologists should consider this configuration as one of the ways in which technologies might better support existing city infrastructures.

Whereas Cycle Atlanta suggests how a particular computational actor can reconfigure civic participation, the Speculative Activist Technology project evinces the power of the digital literati (i.e., those with digital literacy) when juxtaposed with contemporary communication technologies. Here human actors harness the affordances of different-yet-proximal computational actors.

Our department conducted three years of ethnographic fieldwork with a local housing justice advocacy group; we observed their digital media needs and practices. Activists were constrained in terms of resources, labor, and political support: they coordinated eviction and foreclosure support; they performed sit-ins at banks to protest predatory loans; and they occupied residential homes to resist eviction. We began to see the kinds of civic participation that current communication technologies afford as well as some of the ways in which future designs might cater to different kinds of political work. Housing justice work is unpredictable and requires a number of different computing platforms to serve varied needs: Facebook and Twitter for broadcast messaging as well as cloud services like Dropbox and Google Drive to distribute information across group members.

Here the technological ecosystem participates in the activists’ political work just as much as the activists themselves: computing may bolster their actions—for example, broadcasting content to a wider audience—but it also makes it possible to coordinate new kinds of actions, like the ability for a single broadcast to prompt political action across varied social groups. In this context, the assemblage of technologies mobilizes a public to bring about political change.

The object-oriented public studied in the Speculative Activist Technology project exists because the activist group perceives a gap in existing infrastructure: residents cannot afford their homes because of unfair lending practices, and the group’s work seeks to fill this gap. How can we imagine new technologies complementing and sustaining civic processes? The activists’ use of technologies are ad hoc and provisional because they are in response to unexpected crises. Looked at through the lens of object-oriented publics, however, we can see the activists’ practices demonstrating ingenuity and flexibility. How can these traits be used to support other kinds of crises, crises that are not currently addressed by existing infrastructure?

The last computational public we’ll consider involves the alternative agricultural practice of foraging. Food systems are ripe (sorry) for computational rearticulation, and the Designs for Foraging project explores how that might come about.

In one series of interventions, designers and foragers worked together to prototype the use of hobbyist drones to help locate and collect local fruit, thus positioning the technology less as a tool or implement and more as a partner or collaborator. Whereas the previous two projects are grounded in established civic practices—city planning and organized protest—urban foraging combines two provisional domains: small-scale food infrastructures and drones.

The object-oriented public created by urban foraging is speculative: it imagines alternate civic structures that might contribute to innovation in local food security. What if computing actually moved citizens away from increasingly networked cities and instead encouraged independence—local food systems outside of institutional actors and organizations? The drone-as-actor not only influences foragers by enhancing their capacity to collect food, it also changes what food collection might mean as a political act. Instead of foraging as a means to supplement a diet, foraging becomes a way to develop a more autonomous public that engages with food as a practice as opposed to food as a commodity.

We can imagine a future where foraging subverts existing food infrastructures. What are the affordances of drones that allow human actors to engage with food—to say nothing of other commodities—in new ways? A drone’s capability for remote sensing, for example, allows a forager to learn of ripe fruit without being copresent. In existing food infrastructures we might see this technology as further alienating the consumer from food sources, but situating this in foraging practices the drone becomes a way to better engage a citizen through more intimate and informed relationships with their food sources.

The politics we afford

The three examples we’ve discussed all operate in the short term: cyclists record bike routes; activists protest evicted homes; and drones identify ripe, available fruit. But through these case studies, object-oriented publics serve as a way to generate and imagine alternative futures beyond those to which we’ve prescribed ourselves. Instead of imagining computing as a way to build the smart city, computing becomes a way to reconsider our current understanding of cities: the constituents, the institutions, the services, and shared accountabilities.

Indeed, object-oriented publics also present an opportunity to redefine how we understand cities. What are current challenges that cities face—like inequality and bureaucracy— that we don’t want to bring with us as we co-create smart cities? What are the best parts of cities—like community and diversity—that we can better facilitate in collaboration with civic technologies?

Computational objects are not just urban structures and tools but are themselves participants and inhabitants of the urban. If we do not consider these civic technologies to be agents of change alongside human actors, we limit ourselves to seeing a single, shiny reflection of a future instead of the beaming prisms of potential that contemporary civic technologies have yet to offer. 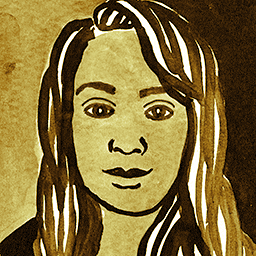 Mariam Asad Mariam Asad is a PhD student in the Digital Media program at Georgia Tech. Her work focuses on activism, design, and social justice. Through her research, she explores how technology design can offer opportunities for civic participation through both policy- and community-based initiatives. 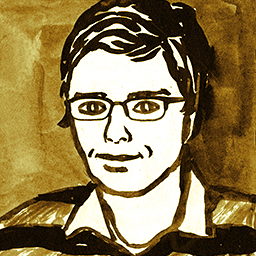 Carl DiSalvo is an Associate Professor in the Digital Media program in the School of Literature, Media, and Communication at Georgia Tech. He established the Public Design Workshop, which is a design research studio that explores socially-engaged design practices and civic media. His current work is concerned with forms of collectivity and the role of design in shaping and enabling collectivity. 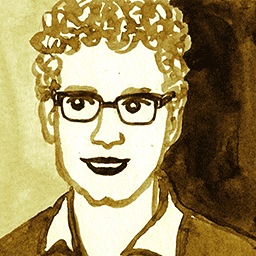 Christopher Le Dantec is an Assistant Professor of Digital Media in the School of Literature, Media, and Communication at Georgia Tech. His work looks at ways in which mobile and social computing impact civic engagement. He started the Participatory Publics Lab where students and community members design and deploy digital artifacts to assert identity, contend with local issues, and respond to community emotions, beliefs, and desires.