This article was illustrated by Arthur Johnstone and edited by Andrew Maier.

In early 2014, community members of the small town where I reside in Western Massachusetts began reporting that employees of Kinder Morgan, a privately owned energy infrastructure and transportation company, were knocking on doors requesting permission to survey their properties. At a local town hall meeting, our suspicions were confirmed: Kinder Morgan planned to construct a high-pressure natural gas pipeline right in our collective backyard.

Residents quickly convened in order to better understand Kinder Morgan’s proposal but were confronted by unimaginable complexity. For one thing, myriad organizations—including the Federal Energy Regulatory Commission, the State of Massachusetts, and Kinder Morgan itself—were already involved in the issue. For another, community members hadn’t learned about the pipeline until Kinder Morgan’s approval process was well underway. If residents were going to act, we needed to act fast.

As the problems confronting 21st century citizens grow in complexity, citizens require not only the means to understand those problems but also the means to exert political power over them. Activism on our part will require clear communication and shared understanding1. Organizers before us may have leveraged Twitter and Facebook for civic effect, but civic designers will need to take this to the next level by creating products that enable citizens to collectively understand—and act upon—the layered, oftentimes opaque information surrounding complex issues.

The opposite of simple

Complex—or “wicked”—problems are those for which no obvious solutions present themselves2. Because the actors comprising social systems actors tend to see things in different, occasionally contradictory ways, these problems often manifest inside complex social systems.

In the case of the proposed Kinder Morgan Pipeline, the following actors comprised the intersection of our community’s social system and our community’s energy ecosystem:

Looked at this way, it’s easy to see how any proposed change to the current energy ecosystem would be frowned upon by at least one actor.

Far worse than this, however, were the ways in which actors chose to exert political power whenever change was proposed; uneven distributions of political power dramatically affected any given actor’s ability to sway others in their favor3. In the weeks that followed the first news of the pipeline, I witnessed various individuals—arguing both for and against it—working to expand their influence. This resulted in an environment in which independent citizens struggled to orient themselves politically.

To help bring clarity to the matter, I sought to articulate a thoughtful narrative of change by incorporating user-centered research and systems research into the conversation.

User research draws upon the rich traditions of ethnography, sociology, and design thinking in order to inform a designer’s understanding of the context in which their designs will be used. In my case, I sought to better understand my community members’ perspectives in order to paint a picture of the larger conversation taking place.

I started by grouping actors by their existing behaviors. They included:

I then set about interviewing people that fell into these behavior-based categories.

My interviews produced insights both wonderful and unexpected. Grassroots activists, for example, were adamant that the pipeline wasn’t necessary because Massachusetts could meet its energy needs with wind energy, hyrdo-power and other renewables. The director of the University of Massachusetts’ Wind Energy Program, however, explained that he saw very little hope for wind energy in New England—only 5% of Massachusetts’s electricity is created by wind power (whereas over 50% is provided by natural gas). Why is wind such an insignificant source of New England’s energy system? It turns out that when wind turbines were proposed in the area, local citizens rallied against them. In fact, many of the leaders of the past anti-wind movement were leading the anti-pipeline movement today. “Wind, in this area,” he said, “is dead.”

My interviews shed light on pieces of our energy system’s history that were obscured from popular view. Yet, as systems thinker Donella Meadows reminds us, understanding history is crucial to understanding how a system works: “before you disturb the system in any way, watch how it behaves…If it’s a social system, watch it work, learn its history. Ask people who’ve been around a long time to tell you what has happened4.”

My understanding of the Kinder Morgan pipeline grew in lockstep with the number of people I interviewed; the questions I was capable of asking—and the depth of conversations that I was capable of maintaining—evolved over time. I became acutely aware of the fact that many of the people with whom I spoke didn’t understand the Kinder Morgan pipeline nearly as much as their passion in fighting against (or for) it led me to believe5. Thus, I experienced one of user research’s most poignant limitations: Users often fail to realize they’re simply looking at the present moment of a process that began a long time ago.

We ought to ask ourselves at the very outset how to think about a large system, and our manner of thinking will dictate how we will describe the system. Some descriptions of the system are not obvious at all. There are ways of describing systems that would not occur to most people who tend to look at the world in one way, namely the way familiar to them. The systems approach will…suggest some radical approaches to thinking.

Systems researchers are learners who grow their understanding by looking for links between artifacts, reports, and other sources of information. They develop a working knowledge of the system by learning its vocabulary, thinking about its history, and identifying its levers for change.

My systems-based inquiry into the Kinder Morgan pipeline unfolded across two avenues. First, I read a study alluded to by one activist I met during my user research. Commissioned by the New England States Committee on Electricity (NESCOE) and executed by the energy consulting company Black & Veatch, the study presented three future scenarios of New England’s energy needs. It plainly stated that in two out of the three scenarios, a natural gas pipeline would be required to keep electricity prices at reasonable levels. NESCOE, in addition to (what was then) six New England governors, all came out in support of the pipeline following the release of the study. Like a trail of breadcrumbs, the study’s content opened up a world of questions and answers to me.

The second avenue I pursued was, simply, Google Alerts6. After briefly configuring the service, I was constantly apprised of pipeline-related events and information that were often left out of the local narrative.

My brief foray into systems research provided me with a level of understanding I would have never achieved if I had relied on user-centered interviews and observations alone. Yet systems research is often overlooked by the design industry. Designers constantly fall into the trap of believing that simple, user-centered thinking will create simple, easy-to-use products. My experience shows otherwise.

Complexity only exists as a problem because we avoid developing ways to dissolve it. As system scientist C. West Churchman warned, “when you postpone thinking about something too long, then it may not be possible to think about it adequately at all7.”

The synthesis of my research depicted a large, complex system populated by participants who struggled to conceive of change and articulate their desires. Many people rested on their fears.

Here are some of the key tensions I observed:

I eventually delivered my research on the pipeline to the public as a series of written articles8. Yet Kinder Morgan’s proposed pipeline continues to elicit drama. While the company hopes to obtain approval for its pipeline’s construction in 2015, many Massachusetts citizens have persisted in rallying against it. And they’re not alone. Protest movements against other Kinder Morgan pipelines are being carried out in New York, Canada, and elsewhere.

A call to action

I believe the contention around the pipeline evinces a bigger problem in our civic sphere: While individual issues such as the Kinder Morgan pipeline continue to absorb a great deal of energy from citizens, user-centered designers must use their unique skillset to address these issues more broadly. Because we’re not only failing our fellow citizens; we’re failing our representatives as well. In the words of digital strategist and civic design advocate Mike Connery: “there has been almost zero investment in giving our representatives the tools they need to understand feedback from citizens.”

The opportunity is two-fold. As previously stated, there is a need to develop tools that support citizens and representatives to understand and engage with complex social issues. There is also a need to develop processes, processes that cultivate our abilities to understand policy development in order to more efficiently spend our tax dollars. Writing about a recent project that used social science methods to analyze the long-term success of a welfare project, NPR correspondent Shankar Vedantam said, “it really makes no sense that marketers selling toys have better data on what works and what doesn’t than policy makers who are spending billions and billions of dollars.”

Perhaps we’ve struggled to build tools that track our tax dollars because we’ve lacked a guiding light. If that’s the case, I’d like to suggest that we consider the disciplines of design research, systems research, computational social science, and policymaking for inspiration: design researchers and ethnographers excel at understanding and communicating the human experience; social scientists and data scientists are experts at identifying patterns in complex data sets and surfacing social phenomena; and systems researchers and policymakers are able to analyze political processes from a 1,000 mile view. Designers make complex digital systems more intuitive and pleasurable. By forging the offerings of these research processes, we can produce findings that serve as jumping off points for meaningful creative work.

We’re beginning to see evidence of traction in this space. Micah Sifry explored some initiatives in his piece “Civic Tech and Engagement: In Search of a Common Language”. Additionally, MIT Media Lab’s Human Dynamics research group in Trento, Italy —in concert with several other organizations—have studied the relationship between behavioral data and social dynamics for over two years. Their project, the Mobile Territorial Lab, is, in the words of Bruno Lepri, the Lab’s leader, “a living lab, these people are dealing with real-life problems. We try to design solving for them.”

Like a set of case studies, each project discussed by Sifry and Lepri brings a unique mix of interdisciplinary methodologies to civic design. Still in experimental stages, the projects are testing hypotheses and designing experiments to understand what works and what doesn’t at the intersection of digital tools, social issues and civic engagement. In doing so, they may be charting a course for the next iteration of meaningful democratic participation through design and technology. 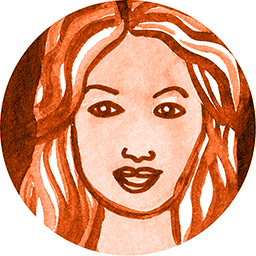 Jacqueline Wallace is a researcher and design strategist exploring design’s role in facilitating social change. She works as an interactive producer for Knectar Design out of New York City and Northampton, MA. hello@jacqueline-wallace.com / @jacgenet