Most people view the outcomes of public transit through the customer's eyes: waiting for a bus that's a few minutes late, noticing a newly-constructed bus stop or providing feedback on proposed route changes. But what about those who sit behind the curtain planning these transit systems? How does a bus line come to be?

This question caught the imagination of Sam Hashemi, a 2014 Fellow at Code for America and former designer at NASA. After a frustrating commute on the 48-Quintara everyday in San Francisco (a bus line notorious for its treacherous journey from the bay to the ocean) constantly missing his connection to Caltrain by a minute, Sam wanted to do something about it.

He wanted to redraw the 48-Quintara.

Inspired by the success of Streetmix — a tool developed by Code for America fellows in 2013 to democratize the street design process — Hashemi thought that everyone should be able to visualize their own transit lines and understand the trade-offs at play.

How bus routes are drawn and planned today

Hashemi, the rest of the Transitmix team and I built an early prototype at the end of January, started getting feedback from transit planners shortly thereafter and launched a beta version in June. We did not come into the field of transit as experts. In fact, our first few conversations with transit planners always began with a wide-eyed, bushy-tailed question: ”Can you give us your version of Transit Planning 101?“

We were thus flung quickly into the world of TAZs (traffic analysis zones), AVLs (automatic vehicle locations), APCs (automatic passenger counts) and the understanding that every transit planner works a little differently. After spending time with more than 50 transit experts from all over the world, we learned that they all agree on one thing: sketching new bus routes is a painful process.

Our research found that many new routes are predominantly planned using a combination of paper, Google Earth and Microsoft Excel. Planners will often sketch their ideas by hand on a map, retrace them into Google Earth for distance measurements, copy the numbers into Excel to get a cost estimate, and then sometimes bring the sketch into ArcGIS to overlay data for analysis.

It works, but it's hard. It's a time-consuming process that constrains creative exploration and limits the amount of data that can be concurrently used as part of planning.

Why does it take numerous, disparate tools and complicated workflows to complete a task that every municipality's transit agency needs to accomplish? What if there were a tool that could bypass all of these steps and combine them in a single place? What if there were a sketching tool for transit planners to quickly design routes, help understand trade-offs, and share with the public?

Feedback from the front lines

A few hours after our launch in June, transit planners from across the country started reaching out:

It's much easier to do it in this product than to try to do it in Google Maps. It has a lot of value, particularly for small transit systems. Now everyone has the chance to become transit planners.

I've been playing with the tool a lot lately, because we will be redesigning our transit network for a new transit center and I've found the tool to come up with many of the same results I do when spending hours working on ideas by hand with a white board. It's significantly easier to use (I've actually abandoned the whiteboard method because this is so much better, and easy to illustrate to colleagues the trade-offs of choices we have to make).

The value in this tool comes from changing the order of tasks that are current standard practice. My service development team comes to a planning meeting armed with data, thoughts and suggestions about how to meet our budget target at the next service change. We discuss schedule and routing alternatives that satisfy competing objectives. When we discuss routing we generally use a whiteboard or Google to trace out paths. The problem with that is it's a purely visual display without any feedback. Inevitably there are many ‘what if…’ questions that go unanswered because of the time and effort involved in obtaining an answer.

After hearing from hundreds of transit planners (both professional and armchair), we learned that we had disrupted part of their “flip-flop process” a term coined by Robin Sloan meaning to push a work of art or craft from the physical world to the digital world and back again.

We found that moving the creative part of the process to drawing on the Web (rather than sketching on a paper map) allowed transit planners to quickly determine the feasibility of their routes and iterate on their ideas.

We also took a look at the maps people were creating. It astounded us: People around the world were literally hand-drawing hundreds of existing bus lines for their city by hand. New maps were drawn for Seattle, Bangkok, Toronto, Sydney and Salt Lake City.

Learning about and simplifying complex processes

The more we learned about the complexities of transit planning, the more features we realized were necessary for Transitmix to be useful in everyday transit planning work.

Our beta version was great for sketching routes on a blank map canvas, but the tool existed in a vacuum without any context. Very few cities are planning transit from scratch. They were modifying existing systems. To help transit planners modify and improve their current routes, Transitmix needed to allow users to import existing lines and calibrate the tool to mimic actual operations.

”It's only meaningful if you can compare it to reality,“ a San Francisco Municipal Transportation Agency official said.

What we learned early on has deeply shaped our product development roadmap. We are now trying to help transit planners answer the question, ”What data about existing conditions can I bring in to better understand the community and create the most effective bus line possible?“ We're exploring how to import demographic data like population and jobs, coverage and ridership, and key destinations and points of interest.

From prototype to indispensable planning tool

Transitmix is moving from side project to self-sustaining product, but there are challenges ahead. First, existing vendors and enterprise tools in the market don't play nicely with newer offerings.

”The public transportation industry is not very accessible to new, innovative technologies,“ said Dag Gogue, CEO of Transit Labs, a data-focused transit startup breaking into the space. ”Today, we use ArcGIS, Excel, Hastus, Trapeze… Generally, too many systems that don't sync together,“ said Eric Goodman, a transportation service planner at Community Transit in Everett, WA.

Second, honing the product's focus presents a challenge of choice. There are so many potential directions for Transitmix to expand beyond route sketching for both transit planners and the public. It could be a community outreach tool, a service planning tool or a data analysis tool.

Trying to address all of these directions would be too much and would actually dilute the value of our tool. Our goal is to focus on one thing, do it well and ultimately be indispensable to our users.

We also believe that helping people understand the process behind transit planning — especially the trade-offs professionals need to make — will lead to smarter discussions of public transit. In the words of transit consultant Jarrett Walker in Human Transit:

In situations where lots of citizens care, and choose to learn a bit about transit so that they can advocate more clearly and confidently, better decisions get made, decisions that lead to better mobility, a stronger economy, a more just society, or whatever goal the community is pursuing. Political leaders make good decisions when informed and caring citizens want them to. It's only when they sense that citizens have given up or don't care that they may let narrower interests carry the day. I see this pattern over and over.

We believe good transit is fundamental to building livable cities

We believe good transit is fundamental to building livable cities and that one of the biggest limitations to the quality of transit is the tools that are used to plan them. As we move forward, we are thinking strategically about both our team's strengths (user experience design, technology, nimbleness) and our weaknesses (lack of experience in the public transit industry and the procurement process).

We see an opportunity in an industry that's ripe for disruption, but we understand that the journey to get there will likely be formidable. In addition to the well-documented barriers to the adoption of emerging civic technologies, there are complex factors at play to account for when designing a tool to plan and improve real world civic infrastructure. 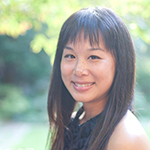 Tiffany Chu is a designer and a Fellow at Code for America. With a background in architecture and urban planning, she is passionate about helping cities become more innovative, accessible, and user-centered through design and technology. @tchu88